The 1982 World’s Fair (officially known as the Knoxville International Energy Exposition) transformed downtown in many ways, some of which left a permanent mark on the urban landscape. For example, the dazzling Sunsphere attraction remains the iconic symbol not only of that event but also of the city itself.

Another vestige of that era, the former Holiday Inn adjacent to World’s Fair Park, likewise endured for decades. But now the hotel is benefitting from new ownership and a thorough rebranding that has pumped new life and vitality into another downtown legacy. Ohio-based Rockbridge purchased the hotel in 2019, with the vision of implementing a massive makeover and reopening it as a Marriott property.

“The World’s Fair area is a huge asset for Knoxville,” says Rockbridge founder and CEO, Jim Merkel. “The hotel sits strategically between key assets like the park, the convention center and exhibit hall, the University of Tennessee and the rest of downtown. It’s an important layer in the fabric of Knoxville.” 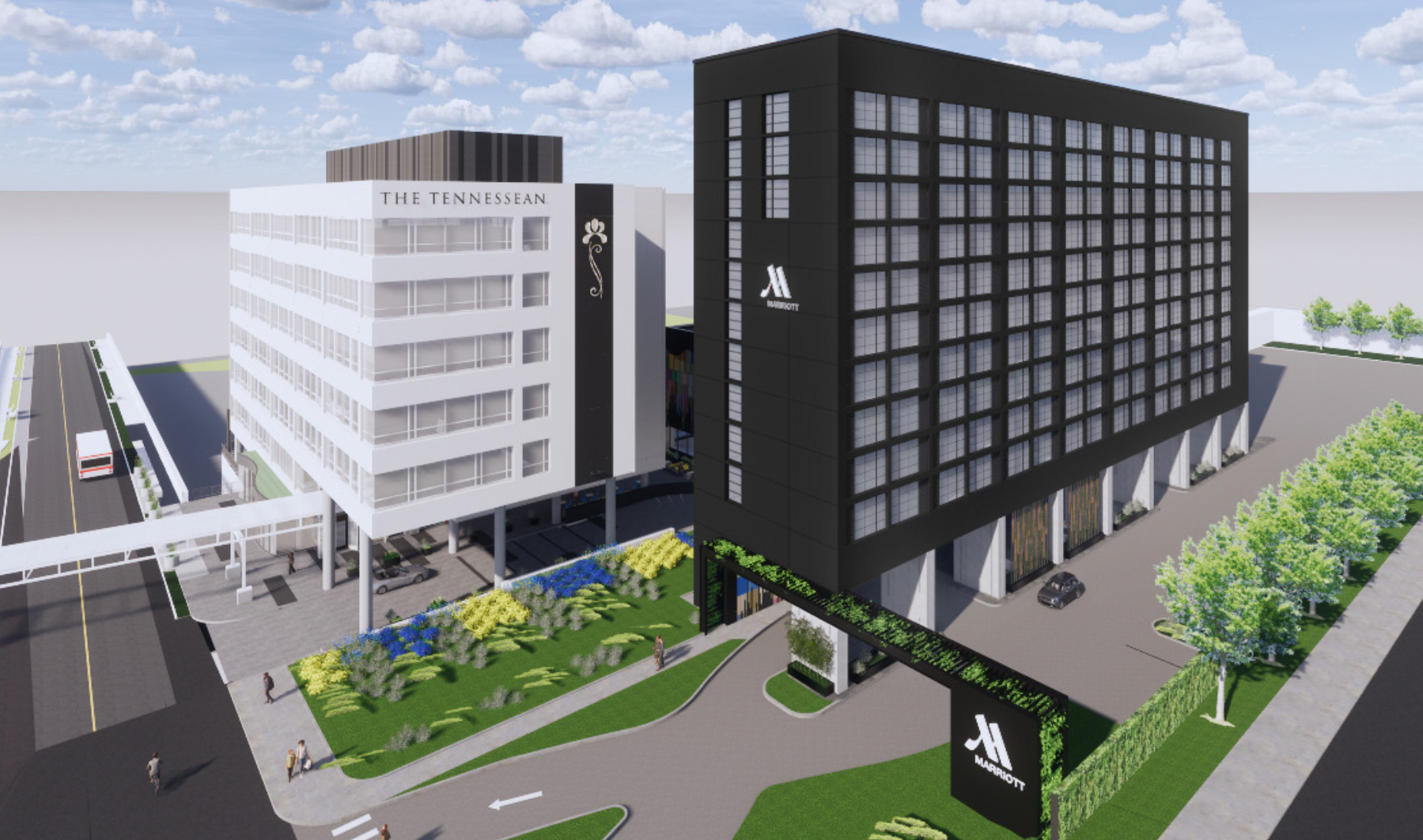 As such, Merkel expects the hotel to tap into a wide variety of markets, including business, convention and leisure as well as sports fans coming in for UT football games and other athletic events.

The changes Rockbridge has made to the property are more than cosmetic. In fact, the hotel has been rebuilt from the inside out. Within the existing shell, crews updated everything from plumbing and HVAC systems to windows and fixtures. The new Marriott is a full-service property boasting some 300 rooms. 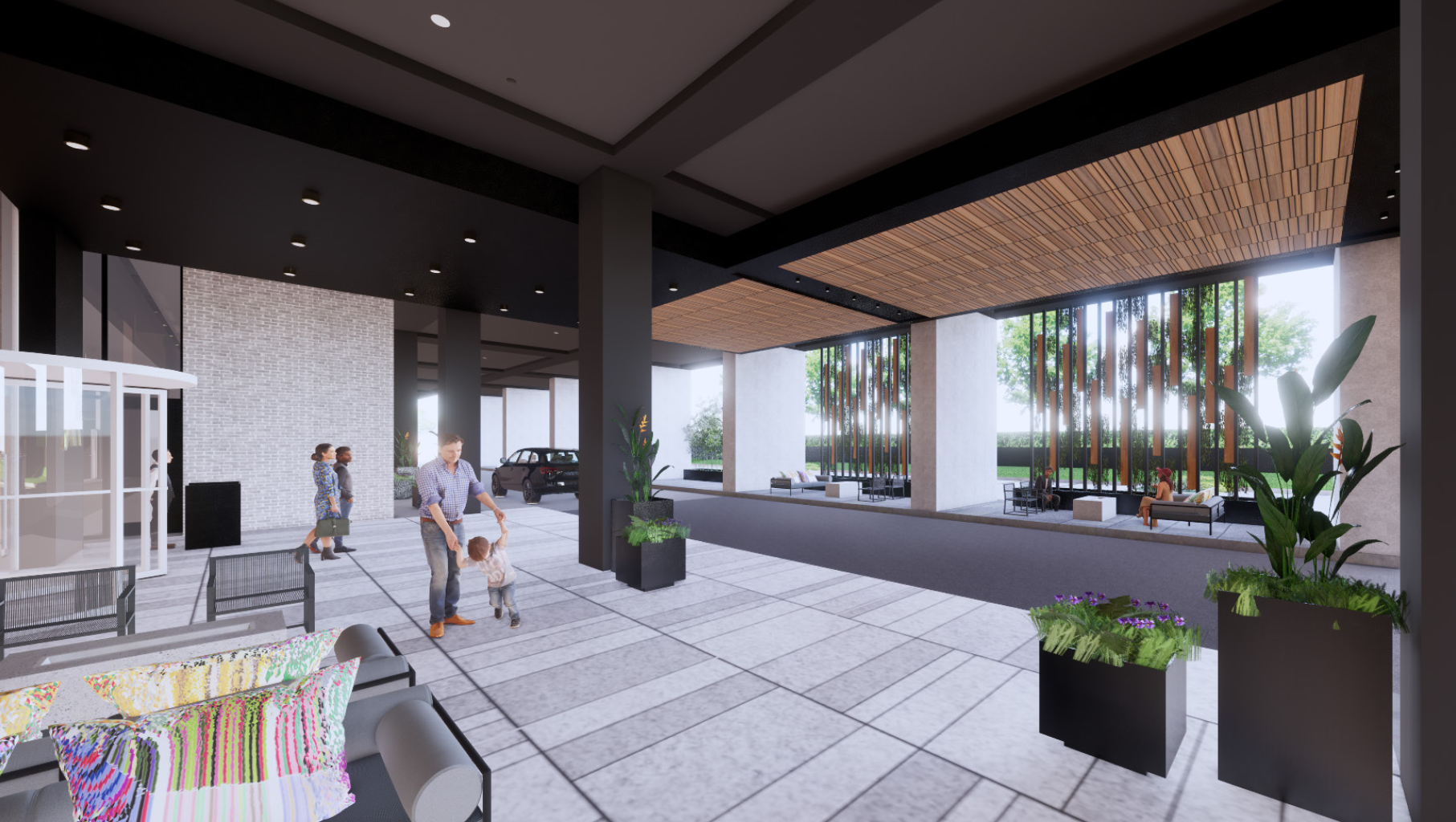 “Everything on the inside is new,” Merkel says. “It’s a state-of-the-art hotel campus. And Marriott is a long-standing brand that appeals to just about every market segment.”

In addition to the usual slate of hotel amenities like meeting spaces, ballrooms, a lounge and fitness facility, the Marriott features what Merkel refers to as a “maker’s exchange,” a 12,000-square-foot gathering area designed to cater to the city’s creative community. The open floor plan is flexible enough to accommodate art exhibits, workshops and presentations and also boasts a restaurant, social room and coffee shop.

“We’ve worked hard with the maker community and the city to activate this,” Merkel says. “This public space connects the park, the convention center and the exhibit hall and connects with the community in a positive way.” 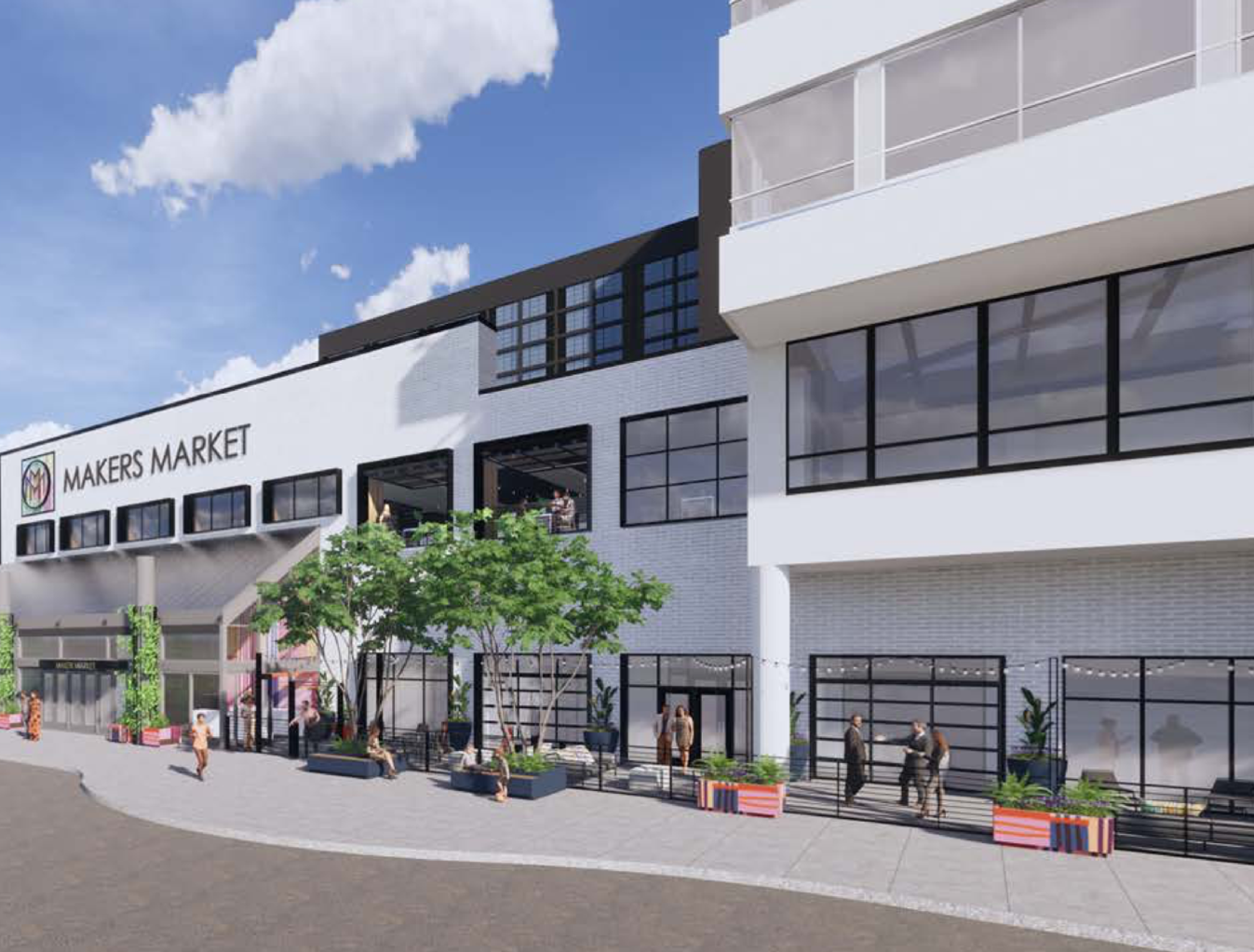 Rockbridge, which has a long history of development in the hospitality industry, also purchased the already-renovated Tennessean hotel property next door. Both projects exemplify the company’s recognition of downtown Knoxville as a high-potential area for growth.

“Knoxville is pro-business,” Merkel says. “We’ve invested in a lot of college towns, but Knoxville has many other dynamics to it. It’s a very walkable city, and we consider reinvestment in downtown as a positive. When everyone invests there, the markets improve and attract new customers.”